In the context of the ongoing standoff with China in East Ladakh, Bhadauria said that the Air Force is fully prepared to face any threat.

He said during the annual press conference in Delhi, “We have firmly deployed in East Ladakh. Under no circumstances can the Chinese be better than us.” 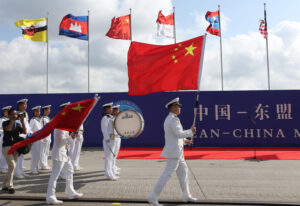 Bhadoria also said that there is no threat of any threat from China and Pakistan.

In response to the US deployment in the South China Sea, Bhadoria said, “We have to fight our own battles. Nobody else will fight for us.”

There has been a deadlock in East Ladakh between India and China for five months. The two sides have held several rounds of diplomatic and military talks to resolve the dispute. However, no breakthrough has been achieved in resolving the deadlock so far.